In the diagram below, how many unique paths are there that spell the word "KAYAK"?

*You may begin at any K and end at any K

*Since KAYAK is a palindrome, each path has a corresponding path moving in the opposite direction -- count these as two separate paths!

*Each path must contain 5 different hexagons -- so, for example, you cannot use the same letter "A" twice in one spelling 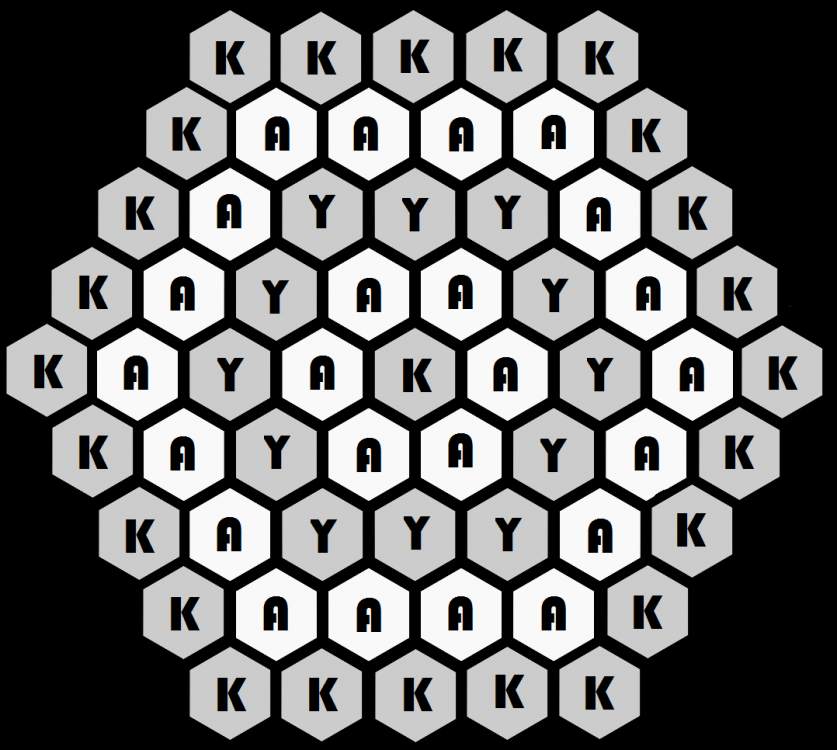