A regular hexagon is sliced into congruent equilateral triangles and then tiled with diamond shapes made of two triangles in three different orientations. Prove that every tiling of the hexagon contains equal numbers of red, green and blue diamonds. 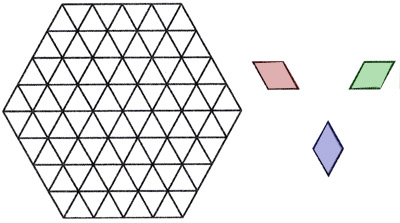