In the figure below, you can see a green circle and a blue circle. Assume that they have the same radii. Now, what you do is roll the blue circle round the green circle (without sliping) and arrive at the same spot. After you have completed this work, Tell me, how many rounds have the blue cirlce rotated about its own axis (its center). 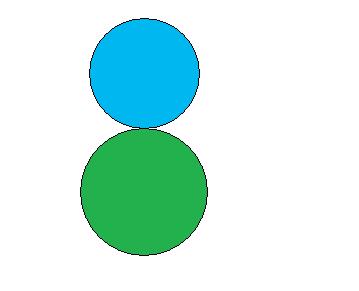 Not be too quick, its quite tricky. And one thing ---> I am more concerned about how you describe than the numerical answer.

22 answers to this question