Ants on a checkerboard 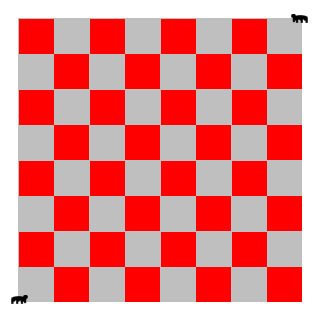 What is the probability of their meeting (1) if they walk at the same speed, or (2) if Al walks 3 times as fast as Bert?

11 answers to this question