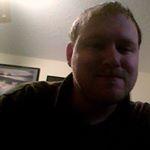 let heads be 1 and tails be 0. can you flip a coin enough times to form an irrational number?

12 answers to this question